Since the last 24 hours I was in the grip of the past. It was almost after a decade I confronted my days of agony. Before speaking up I thought I would be feeling heavy and dejected. But I wasn’t. Rather a lighter feeling encircled me.
The only thing Ritesh spoke and kept on speaking since he opened his mouth after waking up  till he left for his home was “ We need to find her”
I laughed, hearing this. “We have already found her”
“No …not in that way. What I want to say is we need to take this ahead.”
“Please Ritesh , be practical.It has been more than a decade since I knew her. We have no idea about her present circumstances. The only thing we know now, is that she is also a medico just like us. Though I wasn’t successful in finding her in any of the inter medical meets that we had attended. Nor did I find her in any social networking websites. I joined them in the pursuit of finding her though. So what’s the point now. She’s gone. Like all those beautiful moments of  life which leave us some or the other day and only memories remain. She is a memory for me now”
“Shut up you moron.don’t you dare talk those 60’s hero’s/heroin. Eternal sad. Move with the times bro, move with the times.” “We …need….to..find…her”he said specifying every single word again and again.
“But how ? I asked with my eyes raised like a big question mark. “And hang on…who knows what changes have taken place in her life. Anything might have happened. She would have got married. May be she would be having kids. May be right now when we are discussing about her she would be leading a happy life with her husband and her family. I think we both are in an age where most of the girls of our batch are already married settled. So what is the point.”
“You are one of the most unbelievable person I have seen. You are going on speaking all the things that you actually are praying in your mind to have not taken place. You are telling me all those things that you yourself don’t want to have happened. U had seen her in the morning right. Did she show any signs of having gotten married. No signs bro…simply no signs.”
“Come on…we can’t be so sure. These days we can’t just look at some one and say whether they are married or not. It’s gone…she is gone.”
“ Just shut your mouth up. I know what to do.”
“What do you know and what would you do” I asked
“We will find her” he said in a determined voice
“It’s of no use”
“Can’t you see stupid. Why things happened the way it has happened. God wants you both together again. Just remember the things that happened yesterday. You getting late. Well you always get late. Let it be. You not being able to find the bike keys. Her cousin not being able to drop her. Her actual center being changed to our city because of the new rules of the exam. Her cousin being connected to me through my friend and I being the one to drop her. There is  a plan. A plan Amrit. A purpose. Can’t you just see. You moron. You were destined to sit in that front sit and she in the back. And I am the chosen one to drive your relationship,  well the non existing still existing imaginary one ahead. You were saying naa.. that life doesn’t go the way we plan because it goes the way He has planned.” Amrit said in a real dramatic way pointing his finger upwards.
“Really…you think so”
“No…I know so” he replied with his naughty smile.
“But …how do we find a way out”
“Patience …bro patience. There’s always a way. We just need to trust. Believe me we are going to find her.”
Hearing those words from his mouth my heart got filled up with joy and I hugged him like a kinder garden kid hugging his teddy bear. 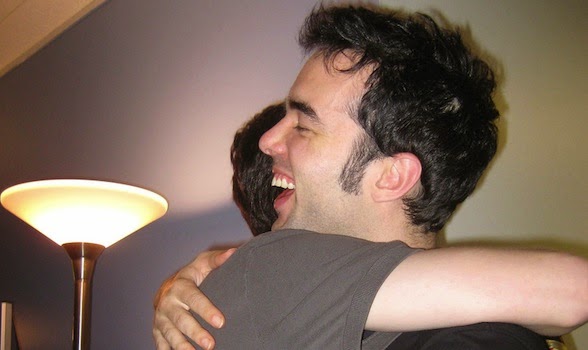