Eager. Is  the word that can express my feelings of those days.
With every passing moment my keenness grew. To get a glimpse of her. Her class was exactly on the opposite side of my class but on the other corridor. Whenever I got a chance, I went out to fill my bottle from the aqua guard near her class in a hope to find her doing the same. But couldn’t. She never used to come out. Our games classes and library classes clashed. One before. The other after. Even those few minutes when our paths crossed, felt like heaven to me. I almost stopped playing basket ball during the recess just to be somewhere near her.Even though for seconds. I always took care that she doesn’t even get an ounce of doubt.
Being known as the serious type. Nobody did doubt me either. The thoughts of my mind or the feelings of my heart never impacted my report card.  I had gotten to know that she hated attention. She rarely interacted with boys. So I never approached her for a chat on pretext of some thing other. Unlike people of our age I never shared my feeling with anyone. Nor did I inquire anything about her. It was only Anirban my bestie who knew about it.

I was somehow content. With the ways things were happening. Quite happy rather you can say.I fell in love with everything that started with “S”. Even bought a new school bag with a “S” logo on it. Mom’s scolding for unnecessarily buying a new bag when I already had one, even seemed sweet. Waking up every day and cycling my way to school felt like a blessing. Waiting for her through the prayer class. Watching her as the assembly went on. Seeing her again at the end of the day had become my routine.   Though most of the times it was her pleated hair that I saw rather than her mesmerizing eyes. Still I had nothing to complain.

I had made plans in my head. I didn’t want to disturb myself or her during those crucial days of schooling. So I had thought of expressing my feelings  the day our 10th exams were over. Our classes were to be suspended for a whole month owing to the finals. We had our farewell day. My class sat in one end of the hall and hers in the other. Belonging to two sections wide apart from each other. That was the last day I saw her in school. Though we all parted. I never actually felt being away from her. Eagerly I waited for the boards to be over so that finally I can talk with her again after my misadventure of the initial days.

“ Today, as I speak to you Ritesh, I remember vividly how stupidly a person can fall in love. Every silly thing seems beautiful and every coincidence as fate. Each damn thing that happened with me got  linked  up with her” I said with a smile and glitter in my eyes.
“I remember clearly every single day of our togetherness. Though practically we weren’t but mentally we were. Connected like the strands of pearls.”

The lights from cars traveling over the NH caught our attention. We realized it was quite late. Mom had given me at least 30 missed calls. I had forgotten to bring my phone to ringing mode after the exam. So had Ritesh. The first “Hello” to our families brought both of us back to the present day again. Ritesh started the car in a hurry.

“So what happened after the exam, did you speak to her ” asked Ritesh unable to hide his eagerness this time.

I looked out of the window and spoke in a low voice.
“Life, it doesn't always go the way we plan”. 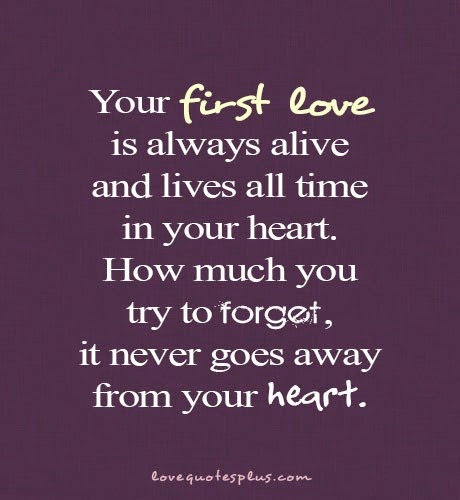 Linking this up with A-Z Challenge