Two cups of tea opened the door for more. Smitha visited the hospital even after Sandhya was discharged and our daily cups continued. Though both of us had never been regular tea drinkers but somehow turned into.
I don’t know where it started.And how. It seemed as if it existed between us. Since eternal times. We both were interacting for the first time in years but we didn’t feel so. We just hit off from the very moment itself. though a sense of hesitance held us for few moments but then it was gone. Meeting in the college canteen did seem a bit inappropriate so a newly opened restaurant became our meeting point. Where we discussed everything under the sun. slowly we got to know more about each other. Smitha had a flair for photography and she clicked a lot of pics. Not of herself or me. rather things that she found artistic. We started meeting early mornings and went for walk in the nearby park. She was living in a flat near the charity organization and I a bit far from it. we talked talked and simply talked. Never getting tired. The more we talked the more we had to talk. Over the walks, over phone, in the evenings. Suddenly our worlds coalesced. Like together forever. My happiness knew no bounds. I was in the seventh heaven.
I hadn’t informed anything to Ritesh and thought of surprising him. Exchanging our thoughts felt like opening up our minds for the very first time. Speaking about things that we had never discussed with anybody else brought us more closer. Yet I hadn’t asked her anything about the past days nor had she informed me anything. May be we were too happy with the way things were moving. The friends in my department started to tease me. Even my nursing assistant did. They said I looked refreshed and jovial these days.
It had just been a week since we both met. But it never felt so. I thought it’s time that I discuss with her about the past days. Let her know more about me, my life and ask her about herself. The next day was a holiday for both of us. So I thought of taking her out to a good place nearby and let her open up more.


I woke up early and prepared for the day. But don’t know why my spirits weren’t that high. Something was pulling me, still I reached near her flat. Unaware of the future that was about to unfold dragging me again to my past. 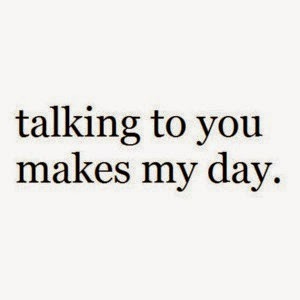