The journey of traveling from one part of the country to the other couldn’t be easily accomplished. That to alone. The idea of giving Ritesh a surprise had totally bombarded. The sudden change in circumstances was unbelievable. With the letter, I had imagined things to slowly settle down. Rather it had  moved the other way.
My call to Ritesh describing him about what had happened in the past few days was received with absolute attention and then blasted with words we normally don’t discuss. He cursed me with every single curse he had learned since his birth. Still being the sweet heart he is,promised to reach in 2 days for even he had to seek permission for leave.
Ritesh hugged me the very moment he stepped on the platform speaking words I was dying to hear.
“Don’t worry, things will be fine”
“Hope so” I said in a low pitched voice.
“Hey, cheer up bro, we are going to set things right. It’s time we do that. How difficult things may look there is always a way out.”
“I know, still I am worried”
“Worried about what ?”
“About smitha, who knows in what circumstances has she left and in what circumstances she would be now”
“Whatever it may be Amrit, you need to go and face it. at times that’s the only option we are left with”
“Ya, I know” I replied taking a deep breath.
Our train was scheduled for the next day morning. With a bag pack we set upon. As the engines rolled, so did my heartbeat. It paced up with the train. Unable to control my emotions I moved towards the door. Ritesh had started to doze off owing to his tiredness. It didn’t seem wise to disturb him. I enough had already. Gusts of wind clashed across me, making my hair go wary. Their coolness could be felt on the skin. My perspiration vanished away. I looked on. And on. Traveling along with the wind. Moving with the tress. Running side by side with the kids. The journey seemed like the most difficult one I have ever made. Bringing back the anxiety I had faced once after my board exams.
I was going to the place that had taken and given me at the same time. I was going to face people. People I had avoided all the while. My mind was getting restless. Imagining the worst possible scene. I thought the ticking hands of the clock has stopped. The passing hours unrelenting. I wasn’t able to comprehend when my wait would be over that seemed never ending. 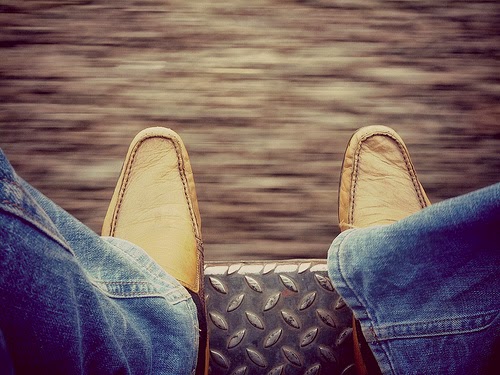