Finding the house wasn’t the difficult part. Neither entering it was. In a small town where almost everybody knew the other at least by their ancestral names it won’t be much of a task to find someone’s house. And here the house we were searching for was one of the most popular in the town. They said there are numerous visitors to their home for some or the other reason. Be it personal or professional. And everybody is received with xenial spirit that enlightens them for a while. The family which is famous for it’s hospitality today was also famous for it’s notoriety to some.
We moved in the direction. Finding it standing exactly second left to the lane behind the children’s park. How much we avoid, there are some lanes we may have to walk one day. And today was one of those days. As we approached nearby we could see people moving in and out. Of different ages and different backgrounds. The scene resembled some sort of celebration going on. Though not in a very typical decorative Indian way. Still one could sense something going on. May be a preparation for an upcoming celebration. Drops of perspiration started appearing on my forehead. My mouth started to feel dry. My legs became heavy. Not agreeing to move ahead. I was getting uncomfortable. So was Ritesh. All his bravery had vanished even before appearing at the real scene. I could sense his fears about the impending moments. I had no time to care for my own rather solaced him saying everything would be fine.
It stood their in front of us. The house. With huge pillars. A broad doorway. And a larger courtyard where we both were literally pushed inside by others who were trying to get in. Once inside we just looked around with stunned eyes. It was not a house. Rather a mansion literally. Painted all white. With magnanimous walls and pillars. Doors and windows. Brown. Furniture that represented old days. We could guess it must be Smitha’s ancestral property where they still reside. The environment was very very different from what we both normally live in. Everybody was in a hurry. For arranging things. Bringing stuff. Getting tasks accomplished by workers. Some people were busy eating in some corner too. I was a huge fan of south indian movies during my graduation days. And this particular circumstance where I had landed myself today and my poor best friend exactly resembled one of those. Never ever in my wildest dreams had I imagined this day in my life.
We both were standing transfixed when somebody called out Smitha’s name in a loud voice to which she replied in a bit lower pitch. My eyes followed my ears and I found her. Walking through the first floor, approaching the stairs to climb down towards the courtyard. Seeing her after these many days brought life back into my body. She was dressed in a traditional way and looked stunning. Before I came out of the trance she came straight near me and said “ Amrit” . I could only give a smile in return, though aware of the approaching storm. 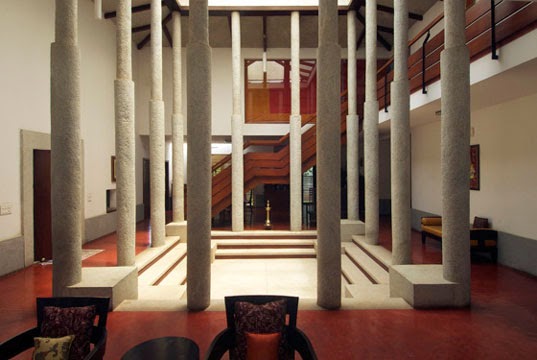